Can A Fish Drown In A Tank?

Here we have an interesting question. Can a fish drown? For some this is a funny question; for others, it comes with an obvious answer. But, maybe you don’t know the true answer. Fish live in water, so drowning sounds impossible. The complete answer isn’t so simple. Today, we will investigate the matter and provide you with all the facts, points, and possibilities you need to know.

How Do Fish Breathe?

Before we give you an answer to the “can a fish drown question”, you need to know some basics. The most obvious is to understand how fish breathe. Fish need oxygen. They don’t have lungs like land animals, but they have gills. This organ is responsible for extracting the oxygen from water and for feeding the blood with it. The actual process is very complicated, but we will try to keep it as simple as possible.

Fish usually have 4 gills. Some species have much more, like sharks, which have 7 gills. Fish will gulp water using mouth and push it towards the feathery filaments. This is a part of gills. They are rich in blood. The blood extracts the oxygen from water and it is moved into the bloodstream. The next part of the process is the same as with all other animals and humans. The heart will pump the blood through the body, and blood will carry oxygen to other organs.

The water is expelled from the gills. Some people believe that fish uses gills to suck water in, but this isn’t true. Fish also use gills to eliminate carbon dioxide from the blood into the water.

This process is the same for all fish species. But, whales and dolphins are mammals, and they don’t have gills. Instead, they have lungs like humans. They breathe in a different way. They have a nostril or nostrils (large whales usually have 2 while smaller ones and dolphins have 1 called a blowhole). It is located at the top of their body.

They will reach the surface, breathe out (you can see the water mist and hear the sound when they do this), and then breathe in a fresh supply of oxygen. A blowhole is surrounded by strong muscles that will contract and prevent water from getting in. Yes, they will hold breath while underwater. However, most whales can do it for 60 minutes, meaning they don’t have to go up for air all the time.

Another thing you need to know is the difference between saltwater and freshwater fish breathing. Saltwater fish must expel large amounts of salt from the water. Freshwater fish must keep a part of that salt inside the body. Both have developed specific and impressive mechanisms to do that.

In general, fish needs oxygen for the same reason we do. They use it to form proteins, develop new cells, and convert food into energy. The energy we are talking about is then used for almost all processes inside the body.

Although fish do need oxygen, they do not need large amounts of it. They need very little oxygen to survive. One of those reasons is the fact fish are cold-blooded. Warm-blooded animals, including humans, need a large amount of oxygen to keep the body warm. 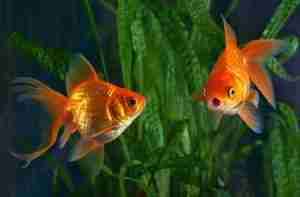 No, fish cannot drown, but they can suffocate. This can happen if there is no oxygen in the water where fish lives. This isn’t a problem for oceans because the water surface is vast and contains unlimited amounts of oxygen. On the other hand, this can be a severe issue for fish that lives inside a tank. If the oxygen supply is depleted, fish will suffocate! Still, many people use the term drown, which isn’t completely inaccurate.

Keep in mind that this doesn’t mean fish will fill their gills or lungs (they don’t have lungs) with water and they won’t be able to breathe. This is the case when an animal or a human with lungs drowns. In the scenario with fish, it simply means that it won’t have any oxygen to breathe in.

One reason for the confusion is the definition of the word drowning. Add the fact it is always paired with water and being unable to breathe and you can deduce why many people say fish can drown. A more accurate term for this is suffocating, which will be explained in the next section. 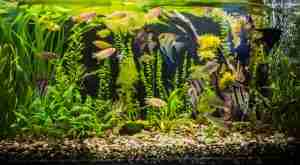 By now, you should know that fish cannot drown in the way we can. But, they can suffocate. By definition, suffocate means “die or cause to die from lack of air or inability to breathe’’. This can happen to any fish regardless if it is in water or on dry land. Let’s explain the matter in detail.

If fish or any other animal cannot breathe in fresh air due to any reason, it will suffocate. Yes, you are wondering how fish can suffocate out of water. There is plenty of oxygen in the air. Fish cannot breathe. They do not have lungs, and they are not ‘’ designed’’ to do this. Fish have gills that work by extracting oxygen from water. They cannot extract oxygen from the air. The explanation is the same as why people cannot breathe underwater. Our lungs are not developed for this purpose.

Another example is dehydration. It means a lack of water inside a body. You can still dehydrate if you are underwater. Your body cannot absorb water. There are organs and body systems that do that.

The reasons why fish may suffocate are enormous. There are almost countless examples and even more risks you need to look after if you are an aquarist. They all have the same outcome. Here are a few examples.

Drowning is a different thing. It means that an animal or a person will die due to submersion and when water inhalation prevents breathing in the air. Fish are incapable of drowning in this way. But, the fact drowning is associated with a lack of oxygen in some way or another brings us to believe they can drown. Many aquarists use this term when discussing the matter with beginners.

So can a fish drown inside a tank? No, but it can die if there is not enough oxygen in the bloodstream, which is equivalent to when an animal is drowning. Be free to use both terms, but always know the difference and be able to explain in detail that difference.  This is a simple trick you can use to present yourself as a professional aquarist or a beginner.

Aquarium Water Low With Oxygen: Signs You Need To Look For 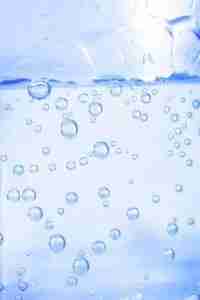 As we have mentioned earlier, water can lose oxygen, and in that case, fish won’t be able to breathe.  This happens in small lakes, ponds, rivers, etc. More commonly, it occurs in aquariums. The reasons are plentiful and we have covered the main ones above. There is no need to add that you should always make sure there is plenty of oxygen in the water so that your fish can breathe effortlessly. Before you can actually do this, you need to look for the signs.

Low oxygen in water is a common issue, even for professionals. Luckily, they know about these signs, and they can prevent a catastrophic outcome. Anyway, here are the most common signs:

In most situations, you will see one or a couple of signs. In more severe cases, you will see all of them! The thing to remember is that the fish will suffocate soon. You need to react as quickly as possible. The first thing to do is replace at least 50% of water inside a tank with fresh water. This step will bring a large amount of oxygen into the tank. Next, replace the pump, powerheads, use more aerators, replace the filters, or decrease the fish count. It may mean that the fish count is too high for that aquarium.

Keep in mind that too much oxygen can kill fish as well! They need a specific balance of oxygen and hydrogen to live normally and happily. Most fish needs 5PPM of O2 in the water to survive. If the concentration is under 2, they will suffocate. Too much oxygen will cause gas bubble disease. This is a disease in which air bubbles form all over the body. In most cases, you can see them on the gills. If the bubbles form inside a heart or some other organ, fish will die.

How To Prevent Low Oxygen In Water

Now when you know all about this matter, the time has come to explain which things you need to do and which steps you need to take to prevent the problem. Don’t forget that these points are mandatory, especially if you plan to increase the fish count inside a tank. On the other side, they are useful for prevention.

The first and the most obvious thing to do is to keep only the number of fish a tank can handle. This depends on the tank size and the species you are keeping in it. There are countless possibilities and options so make sure you do your research before beginning. Each tank comes with the maximum fish count per gallon. It is always better to stay at the low side or at the medium.

The goal here is to increase the surface area of the tank. Yes, there are tall and narrow tanks that may look cool, but they are not ideal. The best shape is a long shape. You will get the best results with a traditional, rectangle shape. Bow fronts are a decent alternative as well.

The goal here is to provide better gas exchange. This takes place on the surface so you can deduce why a rectangle tank instead of a tall one is always a better option.

Increasing the water movement speed is probably the most appealing method of them all. You need to increase it in order to increase oxygenation. You can use aquariums bubblers, spray bars, or anything you like.

The most important thing here is the fact increased water movement will increase the oxygen level. You must avoid increasing it too much, and you must do your research to discover which type of water movement fish that lives in a tank needs. A particular species will need a particular increase.

Can a fish drown inside an aquarium with too high water temperature? The answer is still no, but it can suffocate sooner! Water that is higher in temperature has less oxygen. Colder water contains more oxygen. The ideal water temperature for a tank is between 76° and 80°F. Try to remember that this applies to most species but not all. Some species will need higher temperatures, while others will need lower.

It is mandatory to keep the tank away from sun rays and, if needed, to invest in an aquarium chiller or additional fans. It is highly recommended to maintain a temperature at the lowest end of the scale your fish needs. To keep track of the temperature, you do need a thermometer. This is actually one of the first things you will need when setting up a new tank.

Conclusion – Can A Fish Drown?

So, can a fish drown? The answer is no. Fish cannot drown as we can, but they can suffocate if there is not enough oxygen in the water. Always make sure there is plenty of fresh oxygen in the water and look for signs that tell you the amount is low. Use the points mentioned above to prevent this severe issue from happening to your fish.