Among all kinds of algae that plague new and old aquarists alike, the black beard algae make even experienced aquarists sigh in frustration. Fortunately, you’re not completely hopeless against this problem, because there are plenty of black beard algae eaters that you can employ.

Just to name a few, there are species such as siamese algae eaters, flying foxes, plecos, nerite snails, Amano shrimps, and more that can be reliable pals against the pesky black beard algae.

What Is Black Beard Algae? 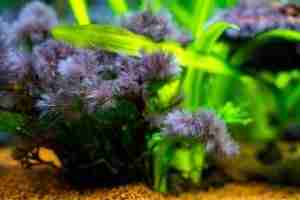 Black beard algae, or BBA for short, is a species of filamentous cyanobacteria that gets its name from its long, black, and hairy appearance. It’s a fast-growing alga that can quickly take over your aquarium if you don’t watch out.

While not all filamentous cyanobacteria are bad, black beard algae are notorious for being difficult to get rid of once they establish themselves in your aquarium.

They’re also quite resistant to changes in water parameters, which makes them all the more frustrating to deal with.

Black beard algae generally prefer high lighting conditions and thrive in tanks with a high nitrate level. They also seem to do well in soft water, which is why they’re often found in planted tanks. 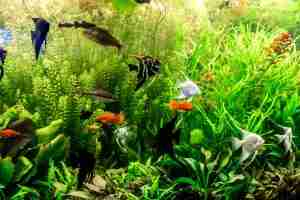 One of the most common causes of black beard algae is simply having too much light in your aquarium. While plants need light to grow, too much light can actually promote the growth of BBA.

If you have a high nitrate level in your tank, that can also lead to an outbreak of black beard algae. Nitrates are one of the main nutrients that black beard algae need to grow, so keeping your nitrate levels low is one way to prevent them from taking over. To see your level of nitrates in the water, use a test kit like the API Freshwater Master Test Kit.

In general, poor water quality is one of the leading causes of algae outbreaks in aquariums. If your tank is not properly filtered or if you don’t do regular water changes, that can lead to an increase in black beard algae growth.

Another cause of black beard algae is simply having too many plants in your aquarium. While plants do compete with algae for nutrients, they also release oxygen and carbon dioxide that algae need to grow. 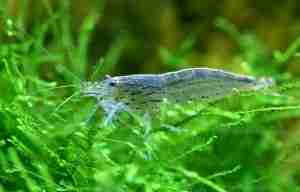 Keep in mind that while fish like Tetras and Guppies will enjoy nibbling on algae occasionally, adding them to your tank just to deal with black beard algae is inefficient and ineffective. These black beard algae eaters that we’ve selected below are much better at this job. 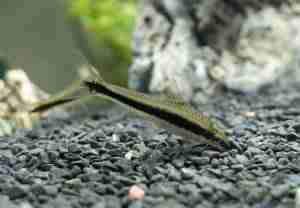 The Siamese algae eater is one of the most popular black beard algae eaters because it’s an effective algae eater and is relatively easy to care for.

Siamese algae eaters are native to Southeast Asia and can grow to be about 6 inches long. They’re peaceful fish that do well in community tanks.

Siamese algae eaters are one of the most effective black beard algae eaters because they will consume both the algae and the nitrates that the algae need to grow. 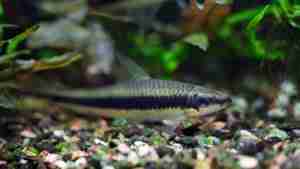 The flying fox is another popular black beard algae eater that is native to Southeast Asia. They’re similar in appearance to Siamese algae eaters, but they have a slightly more reddish coloration.

Flying foxes also do well in community tanks. Since they also consume both the algae and the nitrates needed by the algae to grow, they’re an effective method for both removing algae and preventing it from coming back. 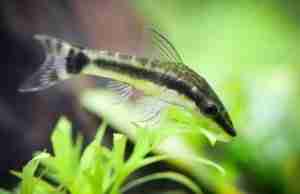 The Otocinclus catfish is a small, peaceful fish that is native to South America. These catfish have suction cups on their belly that they use to attach themselves to surfaces.

They’re very popular for aquarists who need algae gone because they’re easy to care for and almost never stop munching on any algae they can find. 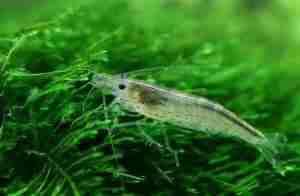 The Amano shrimp is a type of shrimp that is often found in many freshwater tank setups. They’re native to Japan and get their name from the aquarist who popularized them, Takashi Amano.

These shrimp are very efficient at cleaning up tanks. They don’t just eat black beard algae, they also consume other types of algae, detritus, and leftover fish food. 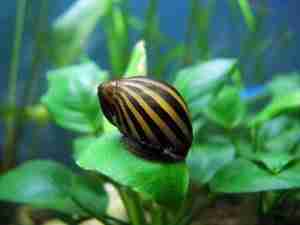 Nerite snails are one of the most popular types of snails around. Many aquarists put these snails in their tanks right from the start, even if there’s no algae issue yet. That’s because Nerite snails are great at keeping algae under control and they don’t reproduce in freshwater tanks.

Nerite snails are very efficient eaters and will consume most types of algae, including black beard algae. They’re a safe addition to any aquarium setup and make a great cleanup crew.

Is Black Beard Algae Bad Or Harmful To Fish? 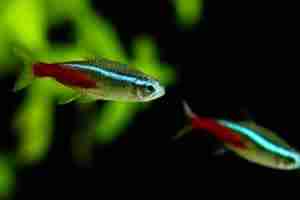 Just like other types of algae, it does have some nutritional value. For example, it contains high levels of carotenoids, which can help to improve the health and coloration of fish. Additionally, black beard algae have been shown to contain anti-inflammatory properties.

Additionally, black beard algae can clog filters and other equipment. For instance, it can get caught in powerhead intakes and cause the pump to overheat.

How To Remove Black Beard Algae 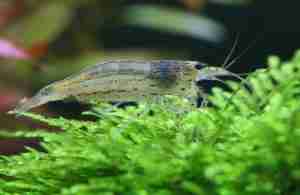 Look For The Cause

The first step is to figure out what is causing the black beard algae outbreak in your tank. Once you identify the cause, you can then take steps to correct it. For example, if you have too much light in your tank, you can reduce the amount of time that the lights are on.

If you have a small outbreak of black beard algae, you may be able to remove it manually.

Use a toothbrush or other soft brush to gently scrub the algae off of rocks and plants. You can also use a dedicated algae scraper like the API Algae Scraper.

Whatever you do, be careful not to damage the plants in your tank. You can read about the proper way of cleaning them in our article here.

If you have a severe outbreak of black beard algae, you may need to use chemical controls.

One of the most popular chemicals used to control black beard algae is hydrogen peroxide. You can take out all your equipment and decorations that have BBA on them and give them a 3% hydrogen peroxide bath. However, keep in mind that there are some plants, such as monte carlo and mosses, that are sensitive to hydrogen peroxide.

You can also use something like the API Algaefix, which was formulated specifically to get rid of algae, including BBA.

Whatever chemical you use, be sure to follow the directions carefully. Too much of any chemical can harm your fish and plants.

One of the best ways to control black beard algae is to inject carbon dioxide (CO2) into your tank.

CO2 injection will lower the pH of your water, making it harder for black beard algae to grow.

You can inject CO2 into your tank using a pressurized system or a DIY yeast system. You can also add liquid carbon such as those found in Seachem Flourish Excel and Easy Carbo.

How To Prevent Black Beard Algae From Returning 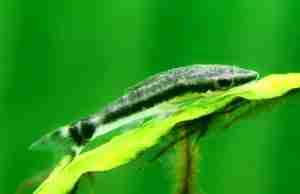 If you have black beard algae in your tank, the best thing to do is to take steps to control it. Once you have the algae under control, your fish will be happier and your tank will look much better.

Once you’ve managed to remove black beard algae from your tank, here’s how to prevent it from returning.

One of the best ways to prevent black beard algae from returning is to keep your tank clean.

To keep your tank clean, be sure to do a weekly water change and vacuum the gravel. You should also remove any uneaten food or decaying plants from the tank.

Control The Amount Of Light In Your Tank

As we mentioned before, too much light can cause black beard algae to grow out of control. So, be sure to control the amount of light that your tank receives. If possible, try to keep your tank out of direct sunlight.

Additionally, you can reduce the amount of time that your aquarium lights are on. For most tanks, 8-10 hours of light per day is plenty.

You can use special timers to better control your light. For instance, the TP-Link Tapo Smart Plug allows you to not only control your appliance through Bluetooth or WiFi, but also to set the time for when it goes on and off.

Timers like this can help you avoid instances where you forget to shut off your aquarium light – a very common occurrence among fishkeepers that can cause black beard algae to grow out of control.

Some of the most popular phosphate-removing products include PhosBan, API ZORB Filtration, and Fluval ClearMax Phosphate Remover.

Add A Black Beard Algae Eater To Your Tank

As we mentioned before, adding an algae eater to your tank is a great way to prevent black beard algae from returning or from running out of control.

Algae eaters will eat all the algae they can find, which means you can stop worrying about black beard algae taking over your tank.

Be sure to do your research before adding an algae eater to your tank, though. Some species of fish, such as plecos, can grow to be quite large and may not be suitable for a small tank of 5 gallons and below. 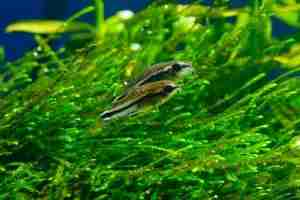 Algaes can be a huge problem – especially black beard algae since it’s not eaten by many common aquarium species.

Nonetheless, you now have everything you need to pick a good algae eater to take care of those pesky black beard algae. With everything you’ve learned, you can now pick the best algae eater species to help you keep a spotless, algae-free tank!